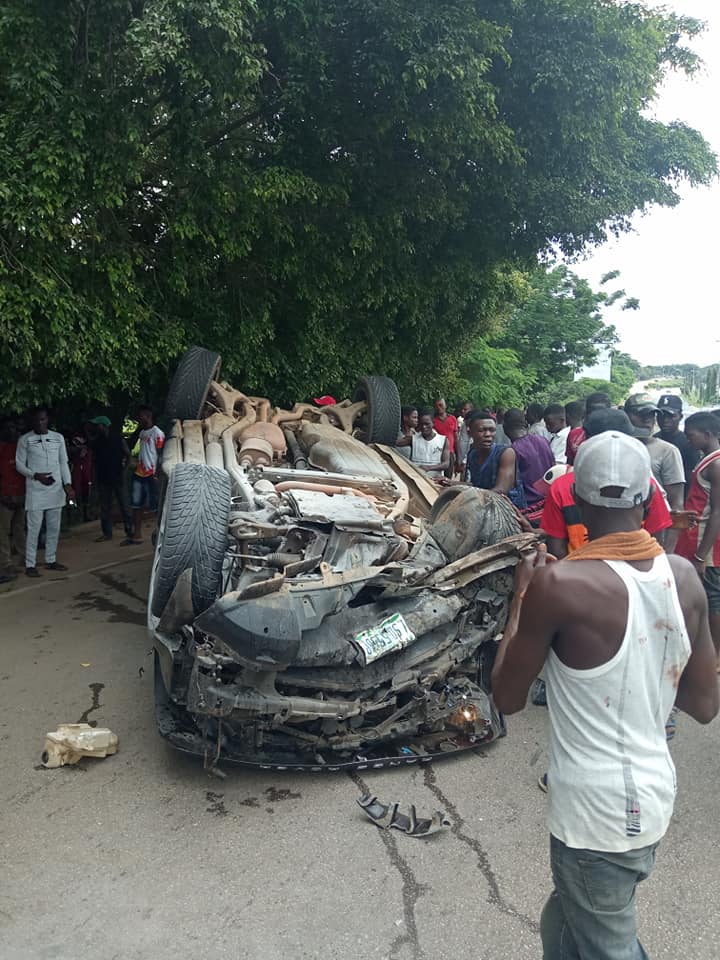 I just witnessed two horrible scenes of crashes; one was at Yoruba mosque junction close to ECWA church Wuse 2, the second which was fatal happened in between zone 4 bridge and Wuse market bridge leading to Wuse 2.

While the victims were trapped and blood flowing out of the vehicles, a police traffic warden was stirring and moving around helplessly, perhaps, he hasn’t been trained in the act of first aid administration to accident victims. What then was he trained on?

I saw young men whose abode are  under the bridges trooping out to help, indeed we are good people but not all had good intentions as I can visibly see some of their actions which are questionable. They were so eager to help but painfully adding to the agony of the victims. They were forcefully dragging 😥  the victims who were in pool of blood and broken bones, maybe it didn’t occur to them that they were adding to the pains of the helpless victims, the traffic warden should have known better and perhaps take leadership in such situation, I thought again.

They succeeded in bringing out the victims whose hands and legs where all broken and twisted plus blood all over.

While I was screaming, “please drop him on the floor so you don’t worsen the situation”. One of the victims whose range rover car collided with a Honda Accord was quickly whisked away by a stand by Tundra, the manner at which the man was bundled into the vehicles shows that more bones will be likely broken and twisted, the man was screaming at the top of his voice.

The other two persons in a pool of blood and twisted arms and legs were carried into a sports car parked very close, thanks to the car owner who volunteered for his car to be used. It was at this point that men of the FRSC arrived the scene without an ambulance, they accompanied the sports car as they all head to the nearby hospital.

This crash happened in the heart of Abuja where emergency response services ought to be top-notch, what happened to remote places where issues of this kind happen daily?

Who knows who the next victim will be? I pray no one pass through such gruesome experience. Again should we all continue to pray and fold our hands in pretends as if nothing is wrong? The time to speak up for road safety is now!!!